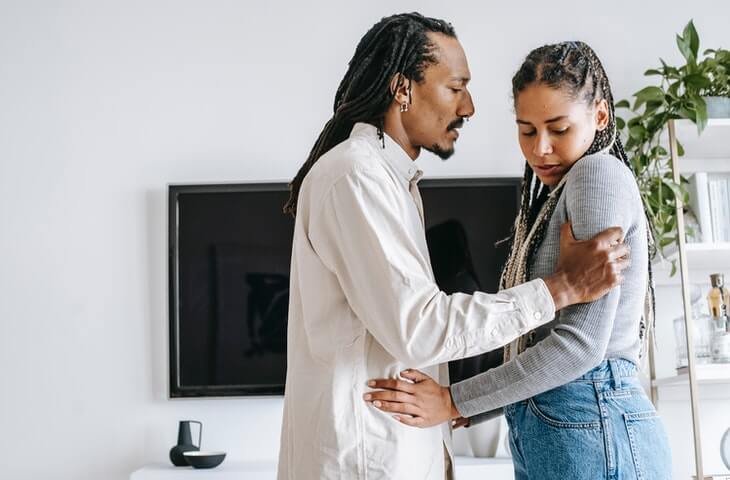 Relationships: Is it Love or Trauma Bonding?

Home » Relationships: Is it Love or Trauma Bonding?

Risper had lost count of how many times Jake had physically abused her. Yet she stayed. But the few times she had left and thought to herself that she was done, she had found herself back in Jake’s arms. Her love for Jake was much bigger than how much Jake hurt her physically. She sympathized with him every time he hurt her instead of feeling hatred for him.

Risper and Jake met in college — both in their first year. Their chemistry was like no other. The relationship started off strong and within a few days of knowing each other, they were in a full-blown relationship. Weeks later, they had moved in together. They both felt as if they were meant for each other. They felt as though they were both each other’s soulmate. And as quickly as the relationship had started, the fights started. Their relationship quickly became explosive. But instead of them getting frustrated and tired of each other, their “perfect love” became peppered with soul-shattering fights and horrendous abuses of varying forms. The more they fought, the more they clung to each other.

That’s the thing about trauma bonding — it’s so intense that you believe you’ve met your soulmate and that it’s true love. Trauma bonding is essentially the process through which you begin to confuse abusive behaviour for love. You’re drawn to your partner not because you’re meant to be together, but because you are both wounded in a specific way. In healthy love, your affection for one another grows over time. In a trauma bond, it’s instantaneous because it’s not true love, it’s an idea of love that makes you feel better about a preexisting issue in your life.

Perhaps you need an attachment figure to feel secure about your future, and your partner needs a person to be obsessively in love with them to validate their sense of self. It doesn’t matter what it is. If you’re in a trauma bond relationship, it’s often because you and your partner are drawn to each other by your shadow selves. That’s what makes the relationship feel so irresistible.

Eventually, the cracks in that unstable foundation begin to show themselves. When you’re in a trauma bond, you require your partner to fulfil a certain idea you have about who they need to be. The more time you spend with a person, the more you get to see who they really are. When they do not live up to that, you lash out at them, because it’s triggering your inner wound.

Though these relationships often end quickly, they can sometimes carry on for extended periods of time, and almost always cause serious psychological damage. Even if the person is no longer in your life, the obsession with them can linger for years, and hinder future relationships in unconscious ways.

The difference between trauma bonding and real love

True love makes you feel good about yourself. Trauma bonds make you feel worse. True love should inspire and encourage you to become your best self not because your partner is demanding a different you, but because you feel so genuinely loved and supported you also feel free enough to pursue what you’ve always dreamed.

Real passion, and love, should make your life better and easier. If it doesn’t, and yet you still insist on keeping that person in your life, there’s usually an unconscious reason why.