Ever been on transit and just felt like throwing up almost suddenly? Or nauseous? Some even feel dizziness and want to throw up. This is called motion sickness and any type of travel either on a car, train, ship or plane can bring it on. Some people have noted that certain odors such as burning tire when rubber meets the road due to friction or the smell of fuel aggravates the motion sickness. There are both immediate and long term remedies for motion sickness. Some of the immediate remedies may include keeping your eyes on the horizon and a long term remedy may involve taking some vitamins.

The trick to avoiding motion sickness is to change your position immediately you realize that you are feeling nauseated. Distract yourself with something else to ease the symptoms of motion sickness before they become severe.

If you can switch from being the passenger to the driver, then that would help alleviate those symptoms. Science has shown that motion sickness is caused by eye movement being different from your internal ear senses movement. As a driver, both of these are better coordinated, helping to remedy motion sickness.

This might help with the disconnect of the two senses. Sitting near the front of the car or standing at the front of a boat or ferry would also be helpful.

Whether it means opening the windows or stopping to get some fresh air, go ahead. If your mode of transport such as a plane does not allow this, fan yourself or turn on air vents. Remember cigarette smoke may worsen the sickness.

Get some tingly salted crisps, water or a carbonated drink. Ensure it is not too sugary that might make you throw up.

Distract yourself by striking a conversation with someone to keep your mind off everything. Music can also serve as a great distraction.

Apply pressure on your wrist using your index and middle finger for 5 seconds. Start with the left wrist then the right one. Apply the pressure in intervals until you feel better.

Certain scents like ginger and lavender are known to reduce nausea. Peppermints are also known to help with nausea. You can get a potable diffuser with the essential oils or take a sniff when you feel nauseated. 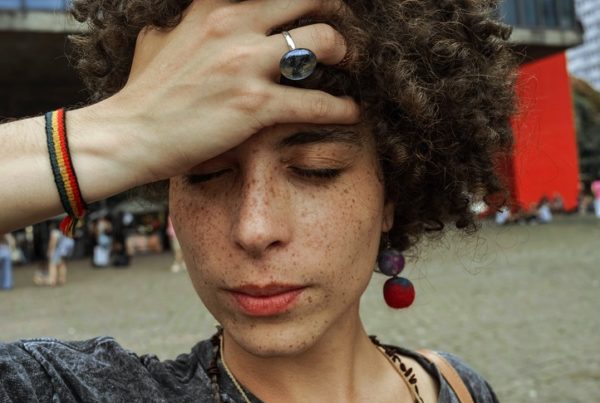 How To Treat A Hangover